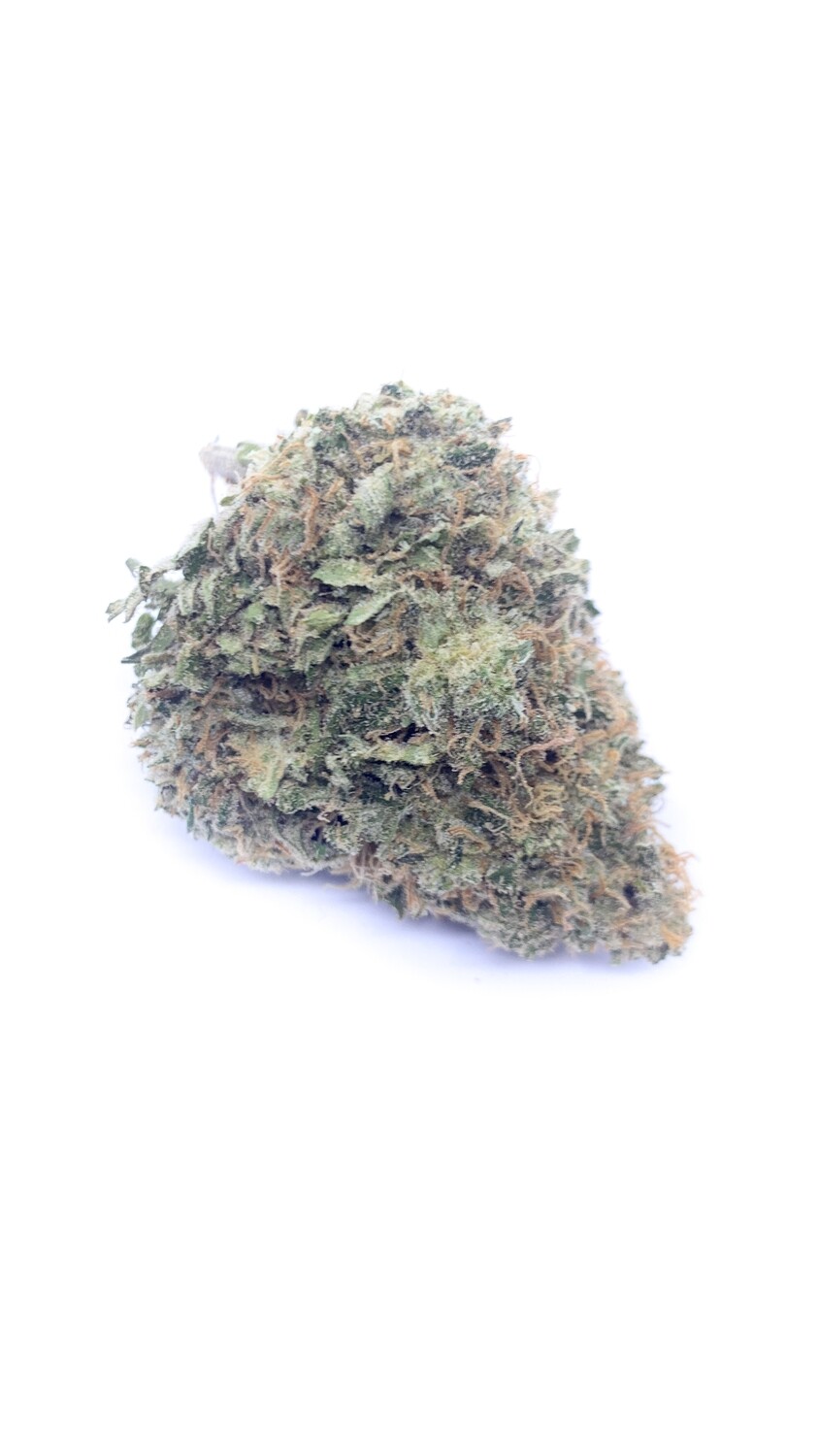 Cheese, as it's also known, is perhaps the most famous marijuana strain to emerge from the British Isles. It is still more popular in the UK than anywhere else, although its fame has spread to many other parts of the world. English farmers created this strain by inbreeding Skunk #1, a sativa-dominant hybrid. UK Cheese itself is indica-dominant, with a sativa/indica ratio of 20:80, but the effects are balanced, delivering both a head and body high. It's a potent strain, with THC levels topping out at about 20%, and it's known to hit fast and hard. The effects are intensely euphoric, with an upbeat, happy mood, some laziness, and a dose of creativity. Best used to treat pain and stress, UK Cheese is also an effective way to alleviate insomnia and depression. CBD levels are low, less than 1%, so this isn't a good choice for patients with seizures or other disorders that respond to CBD. Cottonmouth and dry eyes are common side effects, and paranoia, headaches, and dizziness are also reported. Fittingly, this strain smells and tastes like cheese, with a pungent earthy aroma.