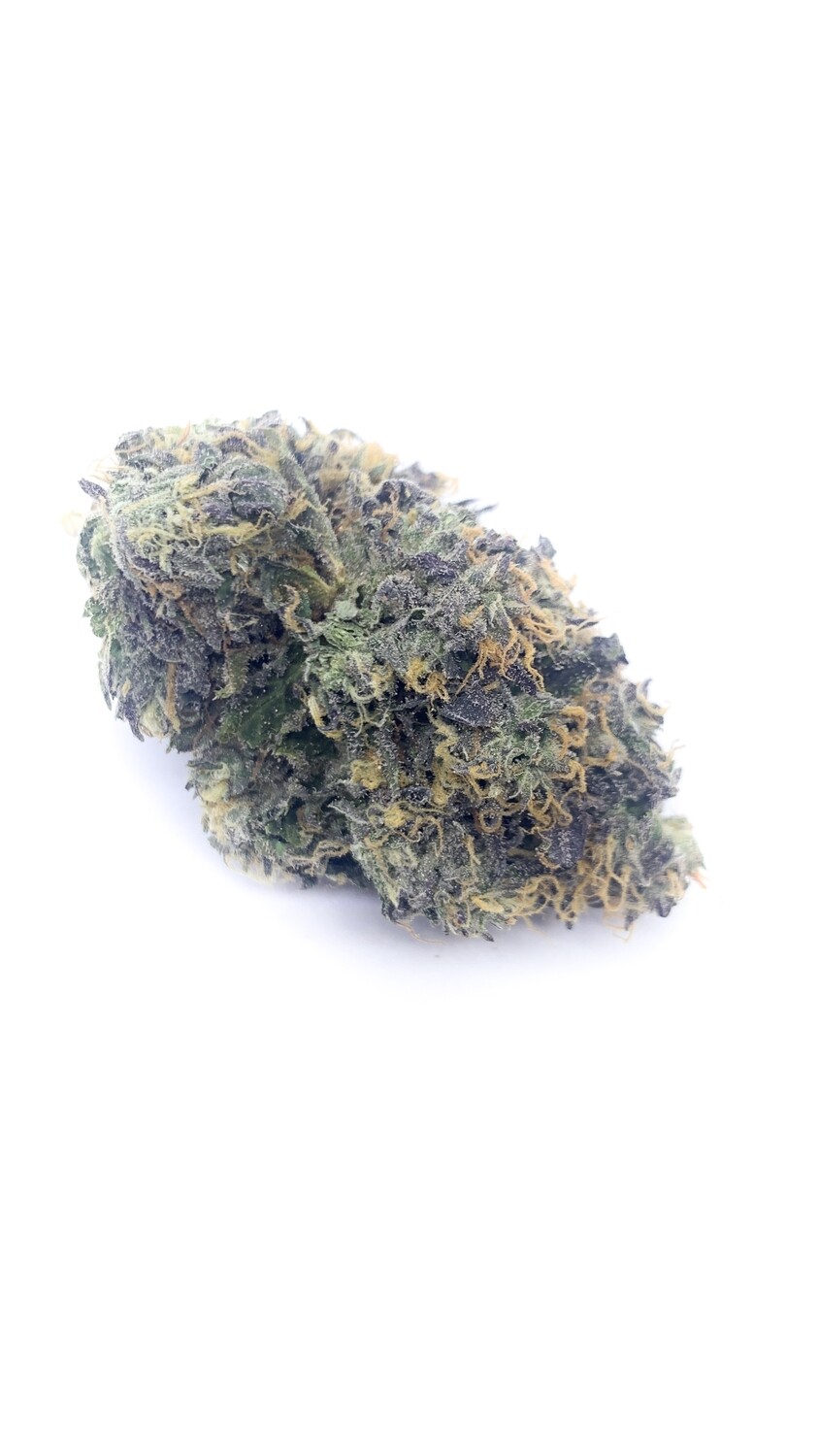 The well-known Sunset Sherbet and Thin Mint Girl Scout Cookies strains were combined to create the hybrid Gelato, which has a modest indica dominance (55% indica/45% sativa). This poisonous plant's notoriously delicious flavour and highly intense effects are fuelled by a THC level that, on average, peaks at 20%. According to descriptions, gelato tastes like a sweet sherbet and has undertones of orange and blueberries. The perfume of the split-up, smoked nugs is just as sickeningly sweet and has a strong woody flavour. Its scent is lavender, citrus, and berries. Instead of its mouthwatering flavour, gelato is primarily adored for its effects. Despite a slight indica predominance, the effect is mostly psychoactive. not make you sleepy or couch-locked, but is head-heavy. You feel elated and little energised after the initial cerebral head rush that hits you in the forehead. As this head high joyously builds, a creeping body buzz will gradually wash over you, leaving you completely at rest and serene with a sense of serenity and well-being. Due to its strong and unexpectedly well-balanced advantages, gelato is the best treatment for persons with muscle spasms, chronic pain, inflammation, chronic tiredness, and headaches or migraines. Gelato buds are large, lumpy, and very dense. They have grape-shaped, dark forest green nugs with obvious resin droplets and abundant purple and orange hairs.