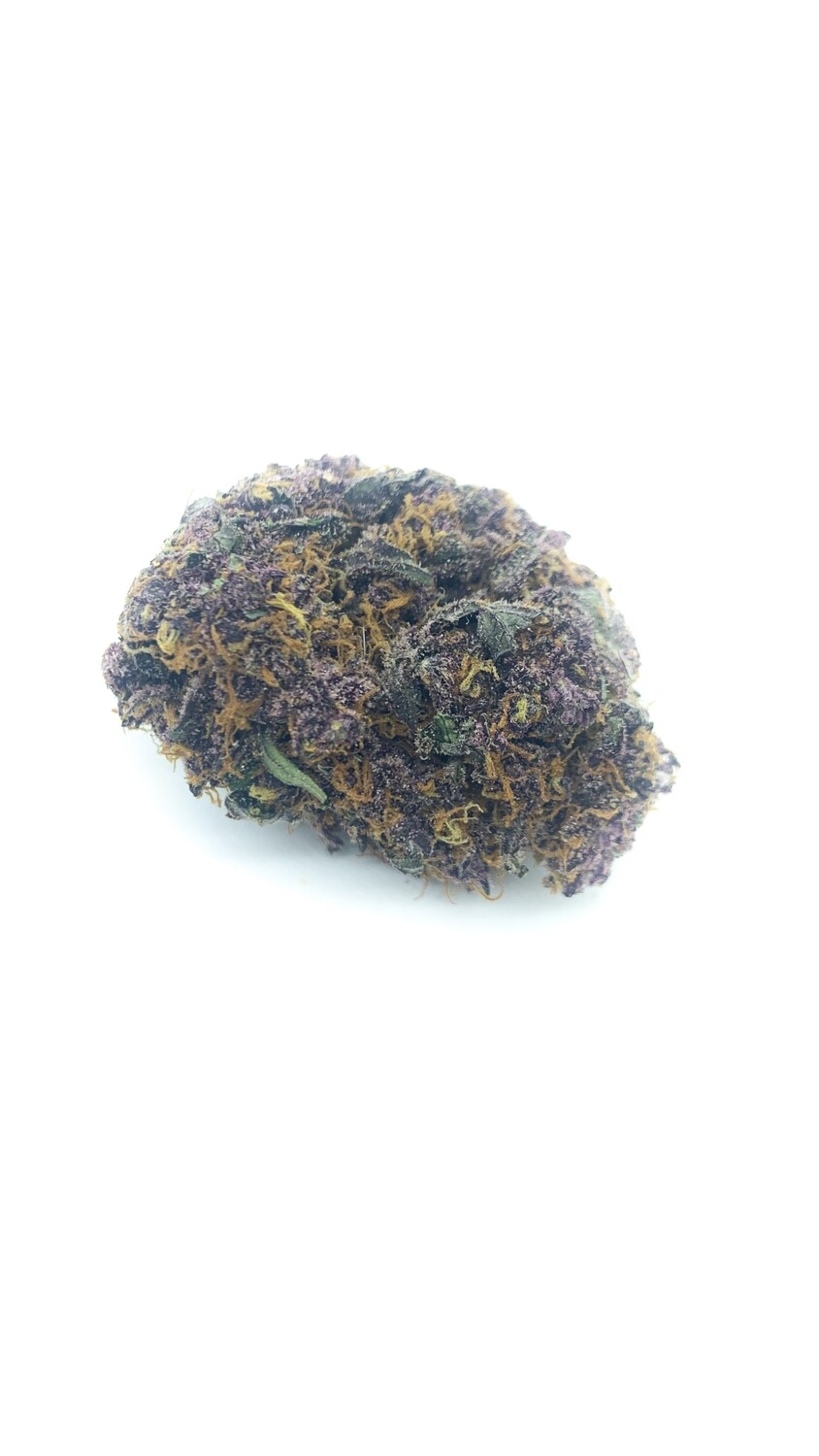 Breeders from the Northern California Natural Collective developed the sativa-dominant hybrid strain known as Black Pearl, which contains 70% sativa and 30% indica. Due of the breeders' secrecy, the precise genetics of this strain are unclear, although many people in the cannabis community think it is a four-way hybrid between the wildly popular Blue Haze X Blue Dream X Blue Mystic X Mr. Nice strains. This potent plant has a THC content that ranges between 16 and 18% on average and a variety of sativa and indica effects. Users describe the Black Pearl high as mind-blowing, leaving you uplifted, talkative, with tendency toward giggle and spaceiness. You'll have overwhelming deep meditation thoughts that will make you easily sidetracked, leaving you feeling joyful and active. Because of these strong effects, Black Pearl is a great strain for treating people with ailments like fibromyalgia, migraines, glaucoma, and chronic pain. Dark rich purple undertones and light fluffy minty green nugs in the style of popcorn characterise Black Pearl. These nugs have a thin layer of crystal trichomes and flaming orange hairs covering them. Black Pearl has a mouthwateringly spicy scent with a lasting sweetness of pine and a crisp lemony grassy pine flavour.